Excerpt from The Pros, Part II of Pandora's Promise

In this section of Pandora's Promise, Zach is conscripted into "The Pros," a futuristic version of American football in which games last all day and players are often maimed or killed during the action.  Here he discusses the year's championship game, The Bowl Game, with his Owner, Madame Lania: 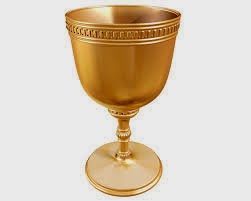 She smiled, a hint of relief showing in her face. “I can understand your feelings,” she said. “You have probably heard that it is the most dangerous of all the games the Pros play.”

“Yes,” Zach said. “But I don’t know why, nor do I understand exactly what makes this one game so different from the others.”

“This is the Game that determines the championship for the year,” said Madame Lania. “If we win it, I will be ruler of all the Valleys for that year. I will become wealthy, and those who support me can become wealthy too.” She looked at him directly, as if to let him know that he would be able to share in the winnings with her. “It is the Game we have all been working toward throughout the year. All of the Players, all of the Owners, all of the townspeople.”

“If you do not win it, you will try again the following year?” asked Zach.

Her face darkened. “Owners who do not have a winning season have three chances. If they do not succeed on the third, they lose control of their team. I would need to start over, as a part-owner or perhaps even as a Cheerleader.”

Zach considered Lania’s choices. He was certain that she would enjoy her cheerleading duties, as they seemed primarily aimed at satisfying the physical needs of Players.

“Is the Bowl Game held at the same time every year?” he asked.

She seemed to draw herself back from her worries and nodded. “Yes. It is an ancient tradition. The Pro Games were played long before the Change. They were important rituals followed by the ancients of all religions. The final game of the year was held at the end of the cold season, as a way to welcome the spring. It is believed that the Bowl, which is used instead of a cup for this game only, is a representation of the Holy Grail, which was considered the ultimate relic of several of the old religions.”