How Science Fiction Could Save the World (#SFWA Pro)

“We’ll be fine,” my Facebook friends say. “We survived W, we’ll survive this.”

But what if these friends are wrong? What if we don’t survive? What if it really is different this time?

I grew up in a science-literate household (my father was a paleontologist), and began reading science fiction in sixth grade. It has always been natural for me to react to major global and societal changes in terms of “what if,” extrapolating what might ensue from this or that event or trend. Today, as an adult science fiction writer, I can’t help looking at the current scene from a science-fictional what-if perspective.

The things that currently keep me awake nights are what seem to be too-likely consequences from the relentless destruction of our natural heritage, including coral reefs, a wide diversity of animals, and genetically diverse food crops;  or a precipitous global warming catastrophe, caused by the sudden collapse of the Greenland glaciers or the massive release of previously sequestered carbon in the permafrost; or, more dramatically, nuclear war, caused perhaps by careless talk from a national leader who does not understand either diplomacy or the devastating consequences of the detonation of nuclear weapons. 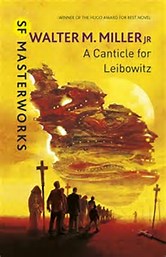 The problem is that to avoid these horrible outcomes it is necessary to understand them, and for that a knowledge of science is essential. Unfortunately, most of our new leaders seem to lack any interest or knowledge of science, as well as the necessary imagination to read actual science. But perhaps they can be educated in a different way. Perhaps reading (and watching) good science fiction could help make a difference. Perhaps well-wrought stories with a scientific background might interest those who believe that science is all bunk or a left-wing conspiracy. Perhaps when science is explained dramatically in a plot point, some decision makers might be impelled to think twice:  “Maybe there is something to this after all. Maybe we should be careful about adding more carbon to the atmosphere.” Or, “I can see that if we continue to threaten to use nuclear weapons, we could end up destroying a lot more than our enemy’s cities.”

“What if?” is the starting point for many if not most science fiction stories. Reading science fiction might lead current non-readers to start thinking about the what-if’s implicit in their policy decisions. A few classic science fiction novels might be the spur we need. What if genetic manipulation led to a caste system on which social and work status are based? Aldous Huxley’s Brave New World gives us one plausible scenario. What if the “free world” were taken over by a highly technologized dictatorship whose perverse use of language destroyed its meaning? See George Orwell’s 1984. What if the world population continued to grow exponentially without any mitigation from social or political policy? Read John Brunner’s Stand on Zanzibar, which also features Shalmaneser, an all-wise computer that foreshadows the Internet. What if there were a very sudden global warming catastrophe? John Barnes’ Mother of Storms shows us the horrifying, too-believable aftermath. What would human life be like six hundred years after a nuclear war? Walter M. Miller, Jr., describes it in his award-winning classic A Canticle for Leibowitz.

There are many more examples, including two of my own stories:  The Pandora’s Trilogy, which tells how civilization was destroyed as a consequence of a massive oil spill; while my novelette “The Ptorrigan Lode,” shows the devastating consequences of out-of-control corporate greed that values profit over human life and art. I would be more than happy to donate copies of my books to any decision-makers who would agree to read them, and I imagine the same is true for other science fiction writers and publishers.

Do I think that my solution will really make a difference to the "brave" new world that will soon confront us? Not really. But it could, and I think it’s worth trying. If you agree, send your representatives reading lists or even books. And who knows? A good story is seductive, and a few good science fiction stories might actually change some minds. For more of my musings on the value of science fiction, see this earlier post.