46. How to shape the story as it progresses

I’m around one-third through with the rough draft of PANDORA’S PROMISE, the third book in my Pandora’s series. I began it back in the late eighties, after I had published the first two books, but came to a parting of the ways with my publisher and never finished it.

I continued to work off and on for a couple of years, using one of the methods I describe in my post on how to beat writer’s block, writing at least one sentence each night before going to bed. In this way I amassed more than 20 K words. Several weeks ago I transcribed those hand-written pages, smoothing and expanding as I worked.

I discovered that much of what I had written consisted of notes about what would occur in the book. For example, in the first part of the story Zach and his traveling companions cross a broad mid-continental river that I think of as the Mississippi. 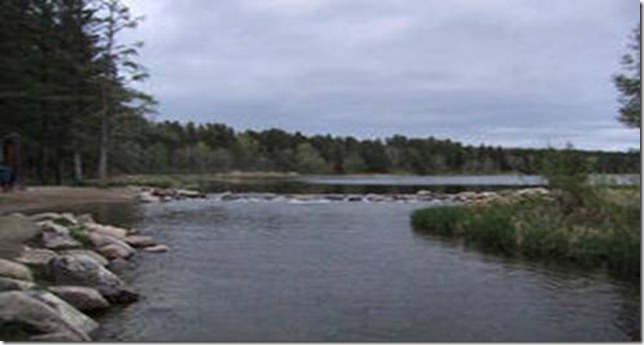 My notes said, “Zach crossed the wide river, finally meeting the western west.” I expanded this to:

Zach… stood gazing across the wide river as the chill wind, smelling of fish and oil, caressed his face and hair. On the other side was the Western West, a destination he’d dreamed of for many years. It looked no different than the land on the eastern side of the river: meadows edged with woods, gently rolling hills. But Zach could not suppress a thrill at the thought that it was new, and that there might be marvels here beyond his imagining.

I had not really been plotting or outlining as I continued to expand the draft; rather had been using the technique I have described as “plot-as-you-go.” But I realized that the book was coalescing around four major stories, so I took some time to re-read and worked out a more formal outine (though still not something my old English teacher would have loved).

Unless there are some major surprises, I can tell you now that Pandora’s Promise will be in four Parts, the longest of which will be Part II: The Pros, which follows Zach to the Western West. The second longest will probably be the segment  set two or three generations before the beginning of the first book, in which we learn more about life before the Change. I now know roughly the entire story except for one important strand, which I'm hoping and assuming my subconscious is working on.

The well-known horror/mystery writer, Harry Shannon (www.harryshannon.com), told me that when he plans a book “I find it useful to block out the main sections of a novel in advance, much like one would a screenplay. As Aristotle said, all stories have three essential parts--beginning, middle and end. What triggers each of those sections? How do I avoid a "mid-point" sag half way through? I outline very loosely, though. If I go into great detail I get bored, and never finish the book, because I already know everything that's going to happen!”

I like Harry’s take on this. And I feel that I’m in a good place with my “threequel” now. I have the beginning, middle and end blocked out in my mind. But there is just enough unknown about the story to keep me going.