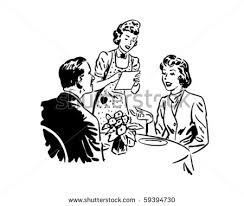 5) In the last two sentences I show why the incident meant so much to me, personally. I could have started off--as I did above--with the news that my brother had died of epilepsy, but I believe it makes the piece much more powerful to save it for the end.
Posted by Kathryn (KL) Lance at 8:39 AM 2 comments:

My main aim in writing this blog is to reach other writers and would-be writers with hints and tips and reassurance I have collected in my many years as a pro writer. Though I do talk here about my own work, most of the time it's with the aim of  demonstrating something I have learned about the craft of writing.

Today, however, I just want to  share  the great news that my new book, Pandora's Promise, recently received a glowing review from Analog Science Fiction and Fact. I can't exaggerate how much this means to me. I've been a science fiction fan since grade school, when I began reading novels from the public library in Flagstaff, AZ, where my family spent a few summers. I also began around that time to read the great sf magazines, including Fantasy and Science Fiction, Galaxy, and Astounding, which later morphed into Analog. The names of the writers and editors of the stories I read were as familiar to me as those of my family and friends. I had always wanted to be a writer, and I couldn't think of anything better, more perfect, than being a writer of science fiction. I can still clearly remember many of those early stories, and the excitement I always felt whenever I started reading a new one. 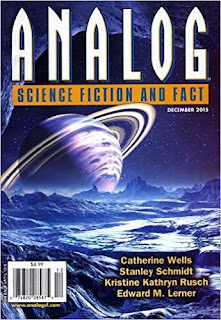 In the roughly sixty years since grade school, I did become a professional writer and editor. My main success was in the fields of fitness and health, but in the mid 1980's I published my first adult science fiction novel, Pandora's Genes. Though it didn't become a runaway hit, it sold well and received the accolade "Best New Science Fiction" of 1986, awarded by Romance Times, which I had previously never heard of. I loved that novel. It meant everything to me just to have published it and to have finally qualified for one of the main goals in my life: to become a pro member of Science Fiction Writers of America (SFWA). I published the sequel the following year, and then my imprint folded. Thirty years later I went back to the world I had created and wrote a third book, completing the trilogy (see How I accidentally wrote a 300,000 word trilogy).

I self-published the resulting book, Pandora's Promise, last year, and received nearly thirty very positive reviews on Amazon. Imagine my delight and surprise when last week I discovered by accident that Analog had published a review of the book in December, by long-time reviewer Don Sakers. Here it is. This review is truly the culmination of what I have worked for all these years as a writer. And I seriously want the last two lines to serve as my epitaph.These lines affirm that my book is good, that I am a good writer, and most importantly that I am a good writer of science fiction.


Here’s one that will appeal to those who like post-apocalyptic fiction, and also readers of romances. Pandora’s Promise is the concluding book in the Pandora Trilogy (following Pandora’s Genes, 2011, and Pandora’s Children, 2011).A century ago, a recombinant-DNA disaster wiped out all oil-based technology and caused the fall of civilization. Mutations abounded, and a mutagenic plague has seemingly doomed humanity to extinction.The two previous books followed the adventures of Evvy, a young geneticist on the track of a cure for the plague. Along with her soul mate Zach, a soldier-poet, Evvy moves through a world of nightmares and wonders in search of the final solution that will revitalize humankind.In Pandora’s Promise, the two are separated but both working toward the same goal. They encounter strange politics, odd religions, and a host of intelligent animals (including the Dream Tasters, a delightful society of empathic elephants). The love triangle begun in the earlier books gets settled, and all the loose ends wrap up as Evvy and Zach come together to find the enigmatic Eye. And I’m not going to tell you what happens next.Kathryn Lance paints beautiful word-pictures and has a fantastic sense for emotional truth. This is one trilogy that starts good and gets better with each book; Pandora’s Promise is the best.