A rule of thumb is to begin your story in a place where something compelling happens. A friend of mine who writes young adult adventure novels advises: “Begin the day after everything changed.”

One way to look at it is to decide what the most important conflict in the story is and begin with an illustration of that conflict. That is what I did when I began Pandora’s Genes. As I mentioned in a previous post, it started with a dream, in which I saw a good man reluctantly doing something that he knew was wrong.

You could argue that the story actually begins when he makes the decision to go against his conscience, but the real story is in the consequences of that action as they unfold, and therefore that is where I started the novel. 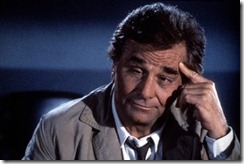 In many murder mysteries, the story begins when a body is found, or at the moment of a murder. This decision can vary depending on the sort of mystery it is. If it’s a procedural, you may well begin with the murder, or the events leading up to the murder. Think of the old TV show Columbo, in which all the suspense lay in seeing how Columbo would figure out the events that we, the viewers, had already witnessed.

In other mysteries, the story may begin when the detective first learns of the murder, which may even have been committed long in the past. In this case, readers will see clues as the detective does and put the pieces together with him.

In my science fiction novella, The Ptorrigan Lode, I began with the main character already in trouble, in danger of dying from drug withdrawal on a space station. It is only in the course of the story that we learn how he became addicted in the first place, and why he is on a space station.

A story that begins like this is said to start in media res—in the middle of the action, and it’s long been a common technique with science fiction. Experienced science fiction readers know to be patient and the questions they have about technology or terminology will eventually be answered, either directly or implicitly. This technique is often used in mainstream fiction as well.

Other genres have other conventions for where to begin a story. Romances often begin either at the time or just before the first meeting of the star-crossed lovers. Here again, it’s important to get the story going before worrying about the events that led up to it.

The most important thing to keep in mind is that you must begin with some sort of action—physical or emotional. It’s tempting to want to explain how your main character arrived at the action or decision point that actually starts the story, but that’s a tactic that is likely to lose your readers. The best way to explain your character is to show us how she reacts to events throughout the story.

Next week: HOW to begin a novel.

38. Motivation: Why do your characters do what they do?

In a novel, motivation is the engine that drives your plot. WHY does Sabrina act the way she does? WHAT causes her arch-nemesis, the Zombie King, to relentlessly pursue her?

It is your job as author to know and communicate the answers to those questions. Another way of looking at your character’s motivation is to ask: what does she want?  The answer to this question is one of the six elements of a plot, and it must be answered. Whatever your character most wants must be important, and failure to achieve it must have serious consequences.

Without something important at stake, your main character’s actions may seem random and readers won’t identify with her. You must also be aware of the motivation of the main secondary characters.

Several years ago, when I was writing a “horror” novel for my young adult series, Phantom Valley, my editor and I got into a lengthy argument because we disagreed on why a ghost was haunting the main character. 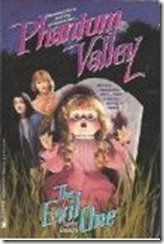 That’s how important motivation is: we couldn’t agree on the resolution of the plot until we resolved the motivation of the ghost!

Note that motivation is not the same thing as conflict. Motivation is the WHY; conflict is often the WHY NOT. A good example can be seen in my first science fiction novel, Pandora’s Genes. At the beginning of the story we know that Zach’s primary motivation is to carry out the order of his leader, the Principal, to purchase and deliver to him a young girl, Evvy. But there are also important conflicts that bear on this motivation. For one thing,  the Principal’s directive goes against Zach’s own moral code. Other conflicts include those imposed by the environment (poison bats) and other characters (the brigands who want to kill Zach and kidnap Evvy).

Zach’s moral trepidations here are a good example of inner conflict; the poison bats and brigands are examples of outer conflict. A complex, well-thought-out character will be faced with many examples of both sorts of conflict.

Pandora’s Promise, the novel I am currently writing, is the third book (what I call a “threequel”) in the “Pandora’s Series,” though the first book, Pandora’s Genes, was originally a one-off.

I was already a professional writer when I wrote Pandora’s Genes more than twenty-five years ago, and I have learned a great deal since. Here are some tricks of the trade that theoretically make the process--this time--a little bit easier.

DO know that the process of writing the novel will be long and difficult, with as many ups and downs as the plot twists you present your characters with. Some days you will sit down and the words will flow easily.... Other days you will stare at a blank page and spend your writing time thinking of things to do other than write. I’ve been in this place with my “threequel” lately, but I know it will pass and my passion will return.

DO work on your novel every day, even if only to to make notes or add a single sentence that you end up crossing out later. This is one of the most important DO’s. Remember to trust your subconscious, and let it know you expect work on the novel to proceed daily.

DO realize that you don’t have to proceed in a straight line. If you are writing a novel on assignment, and have an outline to follow, then you will probably write in a more linear fashion. But even when working from an outline, there is no reason you have to proceed point-by-point. I have always found it easier to skip around a bit. If I’m having difficulty with a scene, for example, it can help to go to a different scene, perhaps later in the book, and write that. Often that later scene will inform the earlier one that was problematic.

DON’T share your work in progress with other people, especially when you are beginning a piece of writing. I have found that telling others can somehow dissipate the impetus to get it down on paper. Once you’ve got a rough draft, you can bring other people—such as members of a writing group--into the process.

When I was well into Pandora’s Genes and knew more or less what would happen for the rest of the book, I began sharing sections (second or third drafts) with a friend who lived across the hall in my apartment building. Her feedback was very helpful, and her positive response helped me keep going through difficult times. But I didn’t even tell her (or anyone else) that I was writing a novel until I already had well over 100 pages.

There is a lengthy section of Pandora’s Promise that I am currently working on that I LOVE. It is important to the story—perhaps the most important of all the story arcs. I want so much to show it to someone or even tell someone about it. But I know that talking about it is likely to dilute the excitement and reality of it in my mind, so for the present I’m keeping quiet.

Last week’s post discussed five global ways to approach self-editing. This week, five specific things to check when you’re going over your draft.
1. Check for wordiness, especially at the beginning. A lot of writers tend to do what I call throat-clearing before getting down to work. When you have finished your draft, go back to the beginning and see if there are words, sentences, even whole paragraphs that don’t lead directly to the body of the piece.
Here is an example of what I’m talking about. This is my first stab at the opening of this blog post:


In last week’s post, we examined some global ways to approach self-editing. This week, let’s look at more specific techniques. Here are five things to check when you’re going over your draft.

For more on wordiness, see Less is More for tips on keeping it clear and simple.
2. Show, don’t tell.  Another way to say this is “Dramatize, don’t summarize.“ Example of telling:


Hearing the zombies outside, Evelyn was frightened.
The same scene, dramatized:
CREAK… CREAK… the sound of the rattling door made her shudder, imagining what might be on the other side. Zombies, perhaps dozens of them, pressing against the flimsy wood, trying to break through, to get to her….

3. Use the active voice. The active voice is more dynamic and direct than the passive, for both nonfiction and fiction. It is the difference between “mistakes were made” and “the CEO made several mistakes that resulted in the ruination of the company.”
4. Get rid of participles. Whenever possible, simplify by turning participles into verbs or eliminating them altogether.


She was sitting in the overstuffed chair and crying, waiting for the zombies to eat her brains.


She sobbed in the overstuffed chair, waiting for the zombies to eat her brains.

5. Be ruthless. Sometimes you resist necessary changes because you just plain like a sentence or a section.That happened to me in a passage in Pandora’s Genes. In that scene, the Principal and Zach were discussing the succession for rule of the District. I had the Principal say, “I suppose I always thought I would live forever.”
I liked that sentence. To me, it summed up the Principal’s character. But the scene just didn’t work. The rhythm was wrong and the entire dialogue rang somehow false. It took me seven or eight revisions, trying different ways to insert the sentence, to realize that the sentence simply didn’t fit. Once I got rid of it, I easily finished the scene.
Moral: If something just doesn’t work, and none of the above suggestions help, KILL the thing that doesn’t work.
Next week: Pandora’s Promise: progress report