A love story of such intense passion, it outlasts the catastrophic wreckage of a frightening future society.

All this, and much more, is found in Pandora’s Promise, the much-anticipated third novel, just released, in my “Pandora” trilogy, which in 1985 took the post-apocalypse genre to a new place.

A catastrophic oil spill sets off my imagined dystopic future. The cleanup, using genetically altered bacteria, leads to the total destruction of modern technology. Experimental life forms escape from germ-warfare labs. Extinctions and mutations -- both plant and animal -- spread around the globe. Tattered remnants of civilization struggle to endure, as a new disease selectively kills women and threatens to exterminate the entire human race.

Throughout the trilogy, pro-science survivors scramble to save their world, fiercely opposed by forces of ignorance and religious fundamentalism. In the new Pandora’s Promise, the effects of galloping climate change compound the many perils originally posed by “The Change.” Yet now, as the story reaches its conclusion, an unexpected ray of hope can be seen, hinted at by the mysterious “Eye,” whose symbol beckons only those with sufficient wisdom. 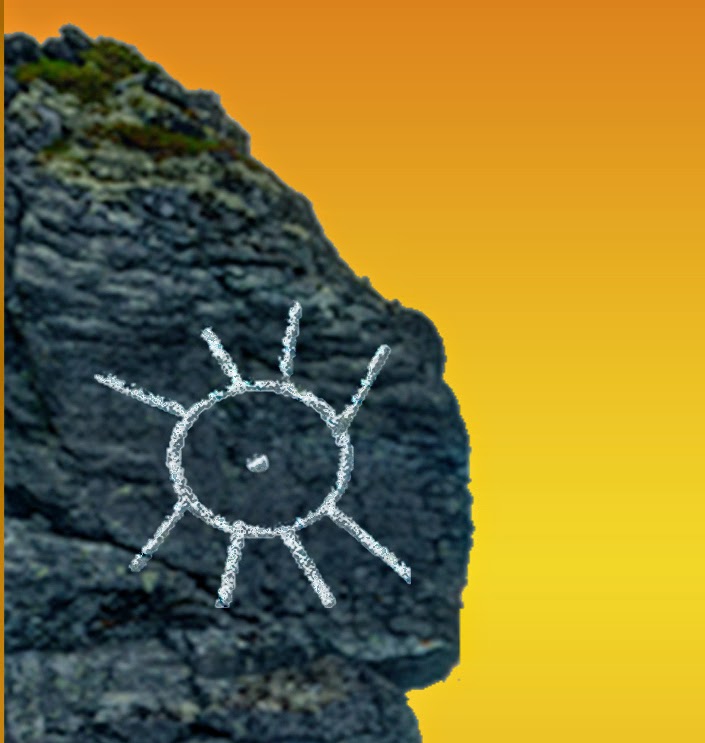 On its original release in 1985, the first book in the trilogy, Pandora's Genes, received the “Best New Science Fiction Novel” award from Romantic Times, and was named to that year’s “Locus Recommended List.” In the years since, the second book, Pandora’s Children, as well as the first, have become cult classics.

The first two books closely examined societies that develop disparate ways to deal with the lack of technology and the critical shortage of women. In the new book, readers encounter a cult of primitive snake-worshipers...villagers who re-enact ancient sporting events they have transformed into lethal struggles...and families of telepathic elephants, descendants of those that escaped from zoos, circuses, and animal refuges. These empathic elephant “Dream Tasters” are perhaps the most endearing of all my imagined future animals. They eventually team up with the book’s main characters to offer wisdom and perspective, as the humans race to preserve what is left of civilization.

As with all my sf novels, I used my scientific background and research abilities to mingle a character-driven plot with fact-based action. I am a long-time member of Science Fiction Writers of America and the author of fifty other books, both fiction and nonfiction -- along with dozens of articles -- on science and technology, medicine, health and fitness, nutrition, consumerism, and lifestyles.

It’s hard to say what I like best about Pandora’s Promise, but probably most appealing to me is the story’s complicated love triangle, among a poet-warrior, a headstrong political leader, and a beautiful young scientist whose bravery is matched only by her brilliance. Of everything I have written, this is by far my favorite book. But I give full credit to my characters, who really wrote it for me. Once they came to life, they seemed to create the plot, their interactions, and the outcome. All I had to do was listen to them and write it down.

I am available for print, internet, and radio interviews. Contact me at www.klance.com.
Posted by Kathryn (KL) Lance at 5:00 AM No comments:

On Friday, February 20th, my new novel, Pandora’s Promise, will be officially published: available for download from Kindle and other venues. Unlike the first two novels in the Pandora’s series, I am self-publishing this one, which means I didn’t have an official editor to tell me when it was ready to show the world. (I did have two excellent editors, but they were not paid by a publishing company.)


So, how did I know when my book was finished? How does any writer know when any piece of writing is finished? The truth is, it’s very hard to be certain, especially when you have written something very long (108,000 words) and complicated, like Pandora’s Promise (four separate sections, three protagonists). With a short story or novella, it's easier to tell--when you can't cut anymore, it's done. With a long novel, though, there is always more you can cut, but SHOULD you? Have you already cut too much? Does continuity suffer? Should you rearrange chapters? Divide some of the longer chapters? At some point, you may be tempted to throw up your hands and write "The End."

I’m afraid there is no easy way to know when to stop writing, but I’ve found that answering the following questions can be very helpful: