What Makes Science Fiction Different from Other Literary Genres? #SFWApro

I don’t think science fiction is what you think it is. I have adored science fiction since I was a child. It is interesting and exciting because it answers questions that begin “What if?” Though the genre has a reputation for being less-well-written than some other genres, that is not true. As with any fiction, some is good, some is bad, some is ordinary. Still, there are several major differences between sf and other genres, and I believe it is these differences that persuade many people that they don’t like or won’t like anything labeled sf. 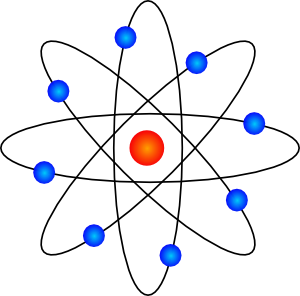 1. Science fiction stories often begin in the middle
In the early eighties I took a graduate seminar in literary analysis. On the first day of class, the professor gave us a sheet of paper with the beginning lines of several novels. Most of them were enigmatic, and, as the woman sitting next to me noted, seemed to come from the middle rather than the first part of a book. The other participants too seemed baffled, sure that this was some sort of trick. I, on the other hand, had no problem at all: “These all seem to be the opening lines of science fiction stories,” I said.


The professor was impressed, and began a discussion pointing out that more than in other genres, science fiction stories start in media res, simply plunging into the world where the story takes place. This adds to the verisimilitude of sf stories; after all, how likely would you be to read further in a mainstream novel that began by explaining that the story takes place in the twenty-first century, in a mid-sized city in a nation called the United States? That unremarkable information is assumed in mainstream fiction, and similar facts are assumed in science fiction also; any background material that is needed for understanding is filled in as needed later in the narrative.


2. Science fiction makes demands on the reader
A science fiction story is, in a way, a compact between the knowledgeable reader and the author. Part of the fun of reading an sf story or novel is trying to orient yourself and figure out what is going on. The best sf writers can be trusted to eventually give you enough information that you will be able to fill in the background for yourself. In this way, science fiction is like detective fiction, in which you trust the author to feed you all the clues needed to solve the mystery.


3. Sometimes science fiction stories can’t be figured out
A few science fiction stories, like many mainstream stories, leave some answers unresolved, but the remaining questions themselves become part of the story. The best example I can think of is Roadside Picnic, the award-winning short novel by Soviet writers Arkady and Boris Strugatsky, which tells about a future earth in which mysterious, never-identified aliens have left contaminated zones filled with dangerous but valuable artifacts. We never find out who the aliens were, nor why they visited, but the story itself is fascinating and gripping, and the fact that we never find out what is really going on tells us even more about the world of the story.


4. Science fiction helps us adjust to a changing world
I was once fortunate enough to interview Isaac Asimov for a magazine I worked for. My editor wanted his opinion on “What is the purpose of science fiction?” The great man thought for a moment, then said, “Science fiction accustoms us to the future.”


No matter what happens in our often-scary new world, I’ve seen it before in science fiction, and often in works published or produced long before the present day. Suicide bombers and random assassins? These were the “muckers” in Stand on Zanzibar. Genetic manipulation of humans? Brave New World (published in 1931!).  iPhones and the Internet? Star Trek and Speaker for the Dead. Deadly climate change? Mother of Storms.


In my newest novel, Pandora’s Promise, I write about a dangerous world 100 years after modern technology is wiped out by a recombinant-DNA disaster. But my story ends on a note of hope--for the human race and the remaining creatures on earth. I can’t reveal here what that hope is (the “Promise” of the title), but I can tell you that my wish is for it to come true, as so many other science fiction predictions have done.
Posted by Kathryn (KL) Lance at 8:41 AM